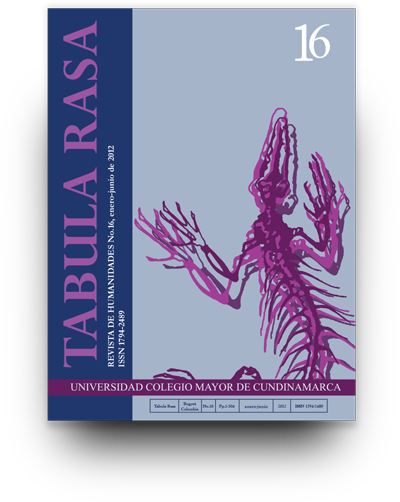 The golden scalpel. A reflection about biopedagogy and anthropology of medicine, health and shamanism.

Yuri Romero Picón romeroy@javeriana.edu.co Pontificia Universidad Javeriana, Colombia Abstract: We are facing modern illnesses requiring modern treatments and medicines. Our national healthcare system is inoperative and traditional medicines fight not to disappear. In the academic context, a “dialogue of learnings” is encouraged, but there is no understanding about the principle of complementarity. Then, how to […]

Doing Ethnographical Studies over Records on Past Social Facts. Rebuilding Monsignor Pablo Cabrera’s Academic and Religious Trajectory through the Records of the City of Cordoba

Mariela Eleonora Zabala mariela_eleonora@yahoo.com.ar Museo de Antropología FFyH-UNC, Argentina Abstract: Historically, anthropology has been considered a discipline dealing with illiterate peoples far away from the researcher’s place of residence. Also, it is a field where both the inquirer and the inquired were contemporary. Even though there were and are anthropologists who have used historic written […]

José G. Giavedoni josegiavedoni@hotmail.com Universidad Nacional de Rosario, Argentina Abstract: This paper intends to provide a few lines of analysis on the problem of resistances from a Foucauldian approach. In these terms, there is power since we are free individuals; therefore, we are compelled to provide a greater theoretical depth to the issue of freedom […]

The Production of Subjectivity in Government Liberal Arts: Market and Freedom in the Society of Security —a Biolopolitical Analysis Based on Michel Foucault’s Thinking

Jorge Eliécer Martínez P. jmartinezp2@gmail.com Universidad de la Salle, Colombia Abstract: At the historical moment of the reason of State, police emerges as an apparatus of knowledge, power, body control, and regulating population phenomena. It is a historical move, where police’s main object is not economic production anymore, but biological and social environment, where normalization […]

Mario Domínguez Sánchez mario2963@gmail.com Universidad Complutense de Madrid, España Abstract: In avoiding modern and contemporary political philosophy’s dicomotized abstractions, Michel Foucault has not intended to rebuild a transcendental, rational and normative whole, or rationally legitimate values, but to study the practices themselves in a given society, and the changes they generate. Stressing the individual’s self-shaping […]

The invention of racial democracy in Venezuela

Pablo Quintero pquintero@filo.uba.ar Universidad de Buenos Aires / CONICET, Argentina Abstract: This paper explores the formation of racial democracy myth in Venezuela, by analysing Venezuelan novel Doña Bárbara, by Rómulo Gallegos. Published for the first time in 1929, this novel is one of the foundational works both of the racial democracy myth and contemporary arrangements […]

Territorial coloniality: to analyse Foucault within the bounds of metropoli deterritorialization. Notes from La Habana

Implosions: borderline corporalities as practices of freedom, or how to dilute a true regime and produce another one in your own body without dying in the attempt

Juan Camilo Cajigas-Rotundo jcajigas@ucdavis.edu University of California, Davis, USA Abstract: This paper presents on one hand a dense description of capoeira angola technique, intending to show the effects its practice generates in the construction of corporality and thereby in the lived world, and on the other hand, it presents a series of reflections aiming to […]

Hugo Busso hbusso@hotmail.es Universidad Paris 8 – U.B.A Abstract: Current biopolitical challenges prompt us to look for creative responses to the ‘worldsystem’ crisis and for alternatives to modern philosophical representation. Crisis and representation, that from the philosophy of liberation suggest leaving aside modern-colonial anchors, which are marked out as philosophical hindrances bringing bio-logical/political and social consequences, […]

The concept of “racism” in Michel Foucault and Frantz Fanon: theorizing from the being or the nonbeing zone?

Ramón Grosfoguel grosfogu@berkeley.edu University of California, Berkeley, USA Abstract: This paper deals with the historic emergence of racism in the world-system and the definition of racism. It discusses by counterpointing Michel Foucault and Frantz Fanon’s views on racism. This paper provides a discussion on the decolonial epistemic implications of Fanon’s theory on racism. Keywords: racism, […]

Montserrat Galceran Huguet galceran@filos.ucm.es Universidad Complutense de Madrid Abstract: This work intends to relate several aspects of decolonial theory brought forward by Peruvian sociologist Aníbal Quijano, and the theses on the workings of power in contemporary societies, which were advanced by Michel Foucault. Specifically, the issue of hierarchy and heterarchy of power relations and the […]

Julia Suárez-Krabbe jskrabbe@ruc.dk juliakrabbe@ces.uc.pt Roskilde Universitet, Dinamarca Universidade de Coimbra, Portugal Abstract: This paper addresses the debates linking Quijano’s theories (those of decoloniality) and Foucault’s. On one hand, it reaffirms the importance of those discussions in the Eurocentric academic sphere, and on the other hand, it argues that, in developing primarily within the academic sphere, they […]

Lea Geler eageler@gmail.com CONICET/Universidad de Buenos aires, Argentina Universitat de Barcelona, España Abstract: In spite of the sharp invisibility of Afro-descendant population in Argentina, several forms of struggle have been advanced along various decades individually or collectively by Afro-descendants who strive for gaining recognition. This paper will examine play Calunga Andumba (by Carmen and Susana […]