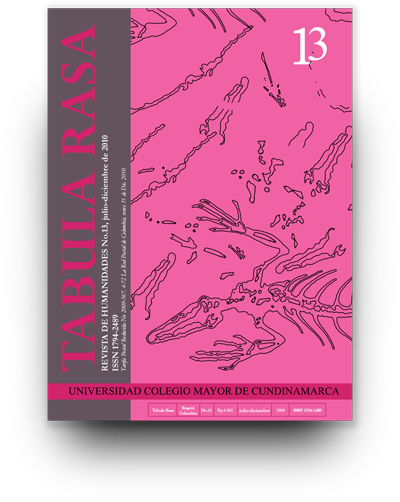 Creativity as a practice for total brain development

Praxis or research: dilemmas of a profession building itself as a science

The role of lexical metaphore in science divulgation

Waking from sleep: Walter Benjamin and the shock issue

Ana D’Angelo dangelo_ana@yahoo.com.ar Conicet – Universidad Nacional de Mar del Plata, Argentina Abstract: This paper views body as a receptor and producer of cultural meanings from the anthropological and sociological perspectives. It intends to reflect on the effect of media images on corporeality in contemporary societies. The double dimension is moved, as far as we are […]

Towards a decolonial pedagogy: between openings, quests and possibilities

Trajectories of blackness: an open reading of the encounters that produce contingent definitions of lo negro in Latin America

Roosbelinda Cárdenas González rcardena@ucsc.edu University of California, Santa Cruz, USA Abstract: This article traces a genealogy of the concept of blackness in Latin America by reviewing historical and anthropological literature that, though not always centrally concerned with the production of blackness, nonetheless reveals how ideas about blackness have traveled across time and space. I begin […]

Between Indianness, Blackness, and Incaness: The Spatial Hierarchies of Difference Behind Peru’s Multicultural Curtain

Shane Greene lsgreene@indiana.edu Indiana University, USA Abstract: This article examines the trials and tribulations of a recent state-led program of afro-indigenous multiculturalism in Peru within a much broader intellectual history of the nation, its regions, and the ideologies that govern them. In contrast to broadly comparative accounts of afro-descendant and indigenous politics at the regional […]

A history of spaces, a history of powers: towards a genealogy of public space notion

Jorge Eliécer Martínez P. jmartinezp2@gmail.com Universidad de la Salle, Colombia Abstract: This paper addresses the notion of public space. Following Michel Foucault’s statement that “making a history of spaces would be, at the same time, making a history of powers”, a genealogy of this notion is presented, which accounts for a history of the diverse […]

Conceptual, political and territorial reframings among Indigenous communities’ claims for autonomy in Colombia

Juan Ricardo Aparicio aparicio.juanricardo2@gmail.com Universidad de los Andes, Colombia Abstract: This paper analyzes the conditions of possibility for the emergence of Internally Displaced People (IDP) as a new worldwide issue. By tracing the major events behind this issue, this paper turns around the shaping of the discourse formation itself. Methodologically, it combines discourse analysis with […]